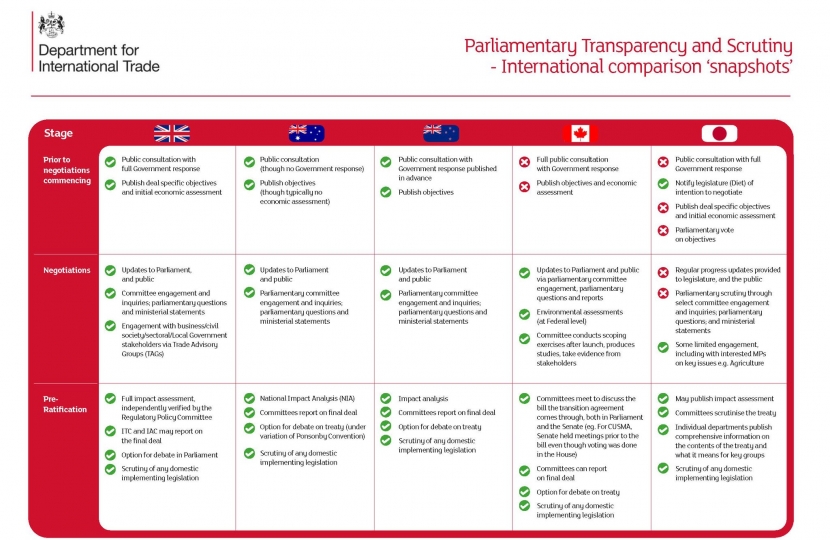 Tonight, the House of Commons will be voting on the latest stage of the Agriculture Bill. Some constituents have written to me on this, and I will be writing back to them directly shortly, but I thought that you would all appreciate my thoughts about the wider topic of food standards and trade deals.

I understand why people are passionate about this subject, and it doesn’t help that there are many misleading media reports on this topic that provoke concerns about issues that won’t come to pass.

While I think that it is a good thing that being outside the EU will enable the UK to strike new trade agreements with countries across the world, this should not come at the expense of the high levels of quality and protection enjoyed in our country.

Thankfully, the Government agrees with this – reiterating the Conservative manifesto pledges that our very high animal welfare, environmental, food safety and food import standards will not be compromised in any future Free Trade Agreements.

I am particularly pleased that all food coming into this country will be required to meet existing import requirements. The Withdrawal Act will convert all EU standards into domestic law at the end of the transition period. This includes a ban on using artificial growth hormones in both domestic and imported products and nothing apart from potable water may be used to clean chicken carcasses. Any changes to these standards would have to come before Parliament.

All treaties requiring ratification are subject to the scrutiny procedures laid out in the Constitutional Reform and Governance Act 2010. This means that these treaties will be debated and scrutinised by Parliament, and that Parliament will have the opportunity to say whether a treaty should be ratified. Therefore, rigorous protections for our high food and animal welfare standards will be maintained and included in any future trade agreement to which our country is party.

Moreover, the UK will maintain a strong institutional framework for upholding the quality and safety of the food we import and consume through a range of Government departments, agencies and bodies such as the Food Standards Agency, Food Standards Scotland, the Animal and Plant Health Agency, the Veterinary Medicines Directorate and the Health and Safety Executive.

As a former Government Chief Whip with a decent grasp of Parliamentary procedure, I am confident that these safeguards give the House of Commons a strong enough say over trade deals. As you can see from the image attached to this post, they show that the UK has one of the most open approaches to trade agreements in the world – with equal or greater scrutiny than other parliamentary systems like Canada, Japan & Australia.

These all add up to a lot of safeguards, meaning that I will not be supporting any opposition amendments to the Agriculture Bill this evening.

I hope that my recent robust public interventions on coronavirus reassure you that I am not afraid of challenging the Government when I think they are in the wrong. As such, if – in the incredibly unlikely circumstances thanks to the above – any trade deal returns to the House of Commons that is in breach of our manifesto commitments, it would be defeated and I would be one of those MPs voting against it.