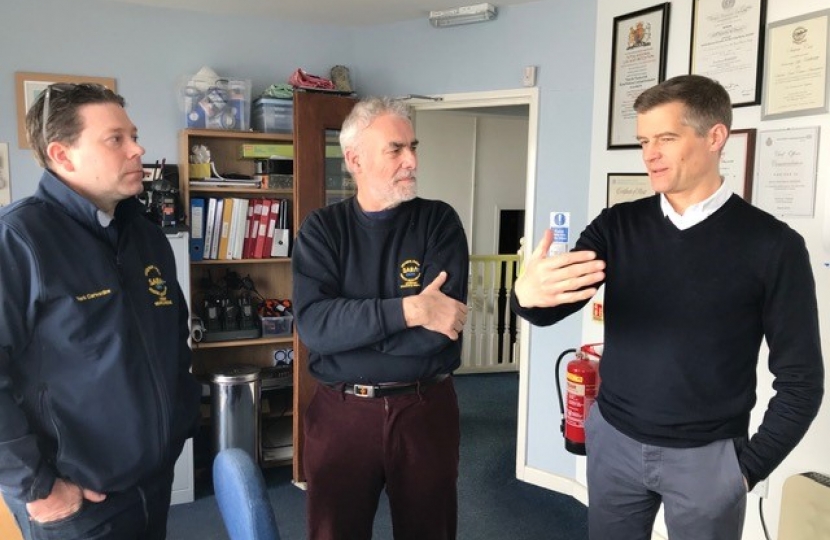 Due to the heavy rainfall from Storms Ciara, Dennis and Jorge, we have seen flooding from rivers across my constituency. Currently, the total number of properties damaged by flooding in both the Forest of Dean District and Tewkesbury Borough areas of the constituency stand at 73. Those affected by the recent flooding have my deepest sympathy as I know how long it takes to deal with flood damage.

During the flooding, I was kept updated on the regular teleconferences being held by the Environment Agency, our local emergency services and the local authorities. This was particularly useful and kept me updated as the situation developed. On the back of this, I also met with members of the Forest of Dean District Council Cabinet and the Leader and Cabinet members of Tewkesbury Borough Council. At these meetings, we discussed the two local authorities’ response to the flooding and the actions that they had taken.

As well as residential properties, a number of community sports clubs were also damaged during the recent flooding. As a result, I have written to Lydney Rugby Football Club, Lydney Cricket Club and Lydney tennis club and I am currently exploring funding options to help them with their recovery.

Last Friday, I visited the Severn Area Rescue Association (SARA) at Beachley. I am pictured here with SARA’s Mark Carwardine and Jim Hewitt. They have been doing fantastic work recently, helping communities up and down the River Severn, River Wye and other inland waterways, in order to keep people safe. I would like to take this opportunity to say thank you to them and all of the other services that worked so diligently to protect my constituents.

During this week’s Budget, I welcomed the £5.2 billion investment, over six years, in flood and coastal defences. I also welcome the announcement that the Environment Agency will be provided with £120 million to repair assets damaged by flooding.