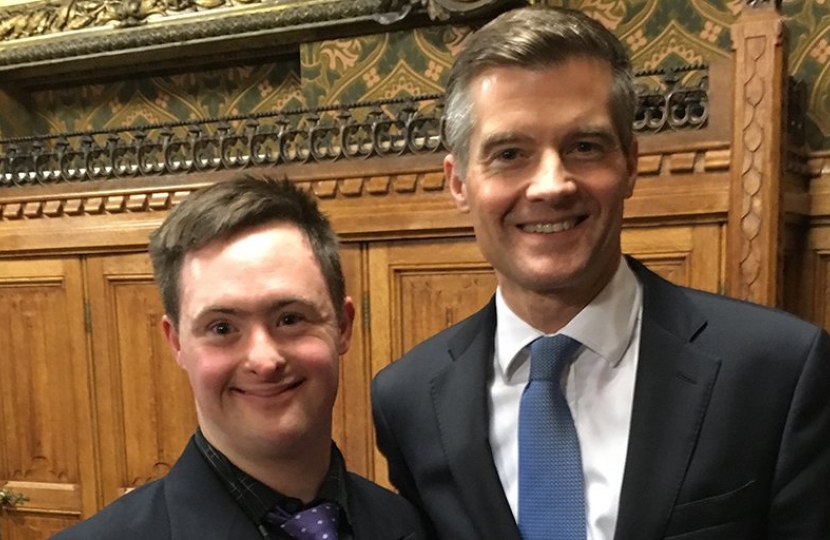 Earlier this week, I hosted my first meeting as Chair of the All Party Parliamentary Group on Learning Disability, which I was elected to in November.

This meeting was a joint meeting of the APPGs on Learning Disability and Mental Health. We discussed the subject of Supported Housing, in light of announcements and publication of a consultation by the Government to end the current system based on Housing Benefit, and introduce a dual system of funding through Universal Credit and a locally administered pot.

Attending the meeting and sitting on a panel discussing supported housing were:

We discussed how important it is that people with disabilities are able to access housing which promotes their wellbeing and independence, and how the Government can provide certainty so that providers can plan and build or adapt new supporting housing units.

Caroline and Marcus spoke about the review from their respective department’s point of view. It is expected that the Department for Communities and Local Government will take the lead and be responsible for the administration of the local pot.

In her role as Chair of the APPG on Mental Health, Helen spoke about how the reforms may affect those with Mental Health conditions and providers in this sector.

My first meeting as Chair was productive and successful, and I look forward to chairing many similar meetings in the future.