FINANCIAL SUPPORT FOR JOBS AND BUSINESSES 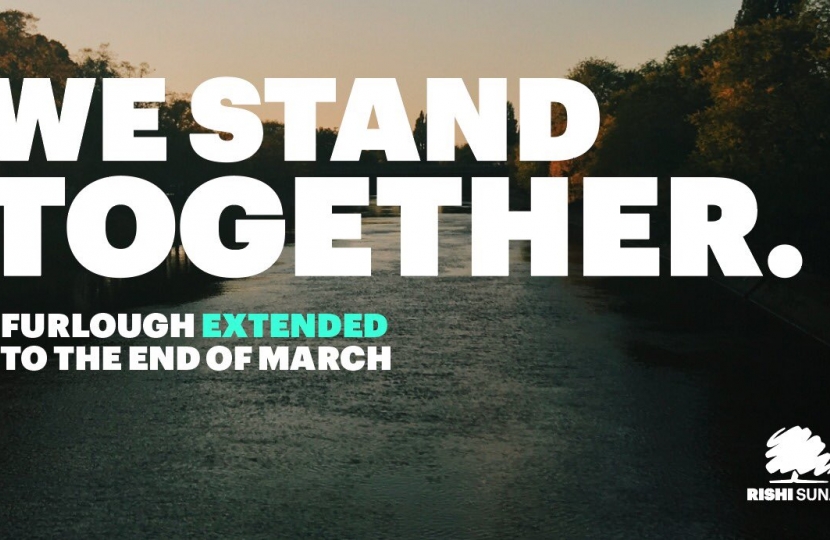 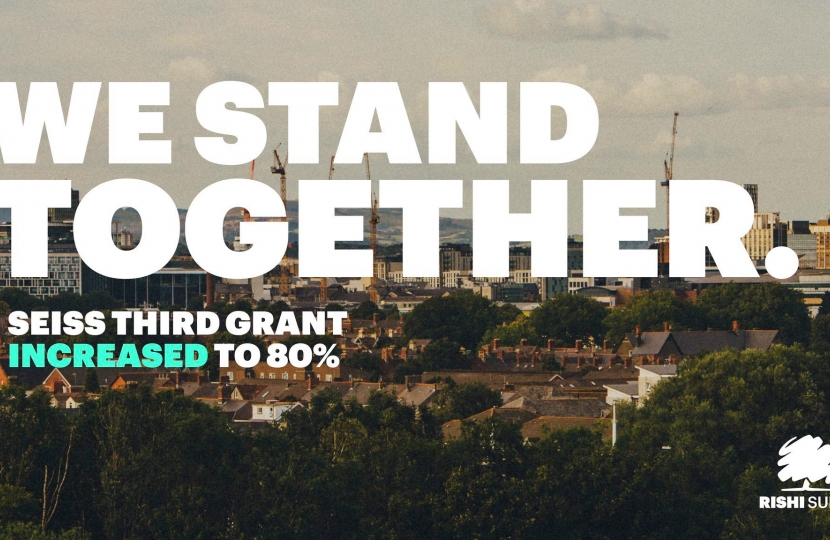 I hope that my stance over the second national lockdown demonstrates that when I think the Government are getting things wrong, I will call them out and stand up for the interests of our community in the Forest of Dean.

The Chancellor Rishi Sunak, though, has consistently got things right throughout this pandemic. In no small part thanks to our prudent management of the economy since 2010, he has been able to be nimble and react to the circumstances thrown up by this pandemic – protecting as many jobs and businesses as he can in the Forest of Dean and across the country.

In response to the vote by Parliament to implement a second national lockdown, the Chancellor has announced a new package of extra support to protect jobs and livelihoods, including:

FURLOUGH SCHEME EXTENSION: The Government is extending the Coronavirus Job Retention Scheme (CJRS) not just by one month – but until the end of March 2021, with 80 per cent of wages for hours not worked covered by the Government and the employer will only have to cover National Insurance and Employer pension contributions. The Treasury will review the policy in January to decide whether economic circumstances are improving enough to ask employers to contribute more.

As the CJRS is being extended until the end of March, the Job Retention Bonus will therefore not be paid in February; the Government will instead redeploy a retention incentive at the appropriate time.

SELF-EMPLOYMENT GRANT INCREASE: The Treasury is increasing government support to the self-employed to an overall level of 80 per cent of trading profits for the third Self-Employment Income Support Scheme (SEISS) grant, covering November to January. This provides broadly equivalent support to the self-employed as we are providing to employees through the government contribution in the CJRS. It is calculated based on 80 per cent of 3 months’ average trading profits, paid out in a single instalment and capped at £7,500. The Government have already confirmed that there will be a fourth SEISS grant to cover February to April; further details will be set out in due course.

This comes on top of the extensive support already announced, including:

Cash grants of up to £3,000 per month for businesses which are closed in England.

£1.1 billion for councils in England to further support businesses more broadly over the coming months.

The extension of existing loan schemes to the end of January.

The ability to allow businesses who have borrowed less than their maximum (i.e. the lower of £50,000 or less than 25% of their turnover) to top-up their existing Bounce Back Loans.

An extension to the mortgage payment holiday for homeowners.

Providing councils in England with up to £500 million of funding to support the local healthcare response.

These changes build on the comprehensive and unprecedented £200 billion package of support which the Government have already committed to tackling coronavirus – including loans, grants, tax cuts and deferrals, and increases to welfare.

You can find out more details at www.gov.uk/coronavirus/business-support