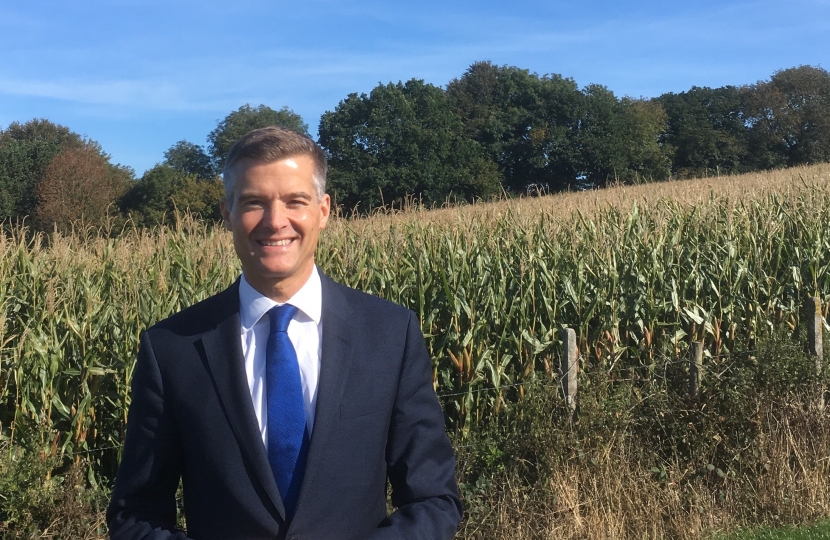 To watch my video on how we can help combat climate change, click here.

Climate change is one of the most serious long-term threats that this country and this world faces, and has been at the top of the news agenda in recent weeks.

Last week, I was pleased to be one of a number of Conservative MPs supporting my Gloucestershire colleague, Cheltenham’s MP Alex Chalk, as he introduced a Ten Minute Rule Bill to Parliament mandating that the UK reach net zero carbon emissions by 2050.

The importance of this target was also emphasised last week by the Committee on Climate Change, the Government’s independent advisor on climate change, which said that a net zero target by 2050 would deliver on the commitment that the UK made by signing the Paris Agreement.

However, while we must recognise that there is still more work to do on the issue of combatting climate change, I am proud of our country’s record on addressing climate change so far. The UK has played a leading role as the world has worked towards a global deal to reduce greenhouse gas emissions through the Paris Agreement.

Since 1990, the UK has cut emissions by more than 40 per cent while growing the economy by more than two thirds, the best performance on a per person basis than any other G7 nation.

The UK is a world leader in clean growth and the Government has invested more than £52 billion in renewable energy in the UK since 2010. The Industrial Strategy and Clean Growth Strategy identify and target the huge potential opportunity for the UK from clean growth and a transition to a low carbon economy, while the National Adaptation Programme 2018-23 sets out a strategy for dealing with the effects of a changing climate. The Government has also agreed to support and expand offshore wind and made the historic commitment to close all coal-fired power stations by 2025.

The Government believes the UK will need to legislate for a net zero emissions target at an appropriate point in the future and will continue to seek advice from the Committee on Climate Change on this issue.