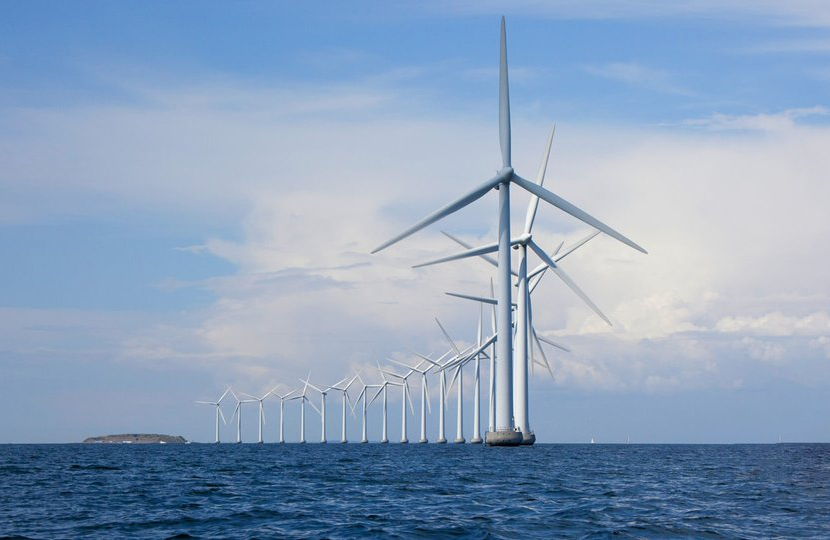 The plan comes in light of rising global energy prices, provoked by surging demand after the pandemic as well as Russia’s invasion of Ukraine. The Government is already doing what it can to help people across the country with the cost of their bills, from the council tax rebate in February’s £9 billion support package to the fuel duty cut in the Spring Statement.

However, if prices are going to be kept down for the long term, we need a flow of energy that is affordable, clean and secure – a power supply that’s made in Britain, for Britain, and that’s what this plan is about.

While we accelerate our transition to clean energy ultimately away from fossil fuels, in an effort to reduce our dependence on imported oil and gas quicker, a licensing round for new North Sea oil and gas projects will be backed by a new taskforce providing bespoke support for new developments.

The vast majority of this plan, though, is dedicated to clean energy.

There will be a significant expansion of floating offshore wind in deeper seas, underpinned by new planning reforms to cut the approval times for new offshore wind farms and an overall streamlining to reduce the time it takes for new projects to reach construction stages while improving the environment.

Nuclear, including small modular reactors, will also be expanded, with the potential of new jobs in Gloucestershire, and there will be consultation with a limited number of supportive communities who wish to host new onshore wind infrastructure in return for guaranteed lower energy bills.

The UK’s solar capacity will be increased, which could grow up to five times by 2035, after a consultation on the rules for solar projects and a heat pump accelerator competition will be run, worth up to £30 million, to reduce our demand for gas.

These are just some of the elements of a strategy designed to reduce our dependence on imported oil and gas while delivering a radical long-term shift in our energy with cleaner, cheaper power, lower energy bills and thousands of high wage, high skilled new jobs.