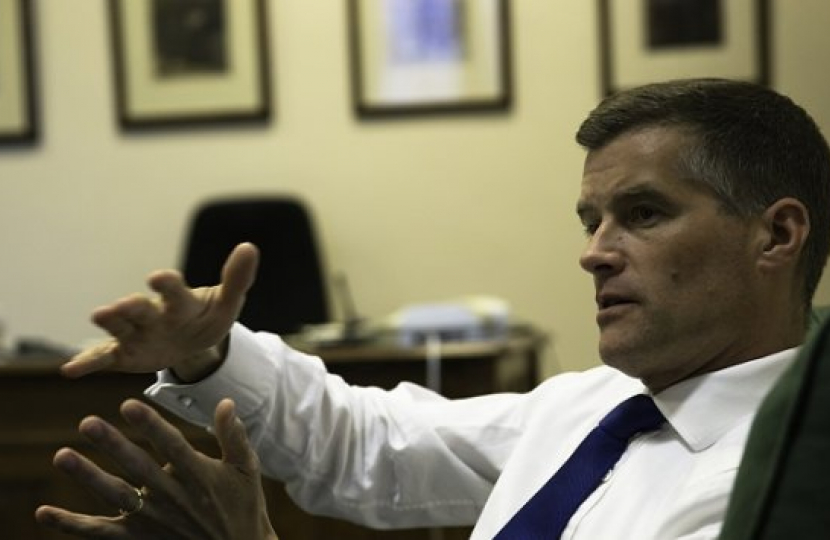 Last Monday, Conservative MPs took part in a vote of confidence on the Prime Minister’s leadership of the Conservative and Unionist Party.

In the interests of full transparency, I thought it would be right to explain directly to Forester readers exactly how I acted in that vote last week.

In recent weeks, I have made my feelings about the Prime Minister clear. He broke his own rules which he instructed the country to follow, he presided over a culture of law-breaking at 10 Downing Street and he has not been straightforward about it to the public or Parliament.

It is at times when the country is facing huge challenges at home and abroad that we need a leader who commands trust, exemplifies our values and possesses moral authority. I reached the conclusion that fresh Conservative leadership is in the best interests of the country.

I have made my thoughts known to the Prime Minister directly in the House of Commons and submitted a letter of no confidence to Sir Graham Brady, Chairman of the 1922 Committee of Conservative MPs.

I am sure, therefore, it will come as no surprise to hear that I voted ‘no confidence’ in the Prime Minister’s leadership of the Conservative and Unionist Party in last Monday’s ballot.

None of this has been easy for me. I have been a member of the Conservative Party since I was 17 years old and to call for the resignation of the leader of the Party I love was not a decision I took lightly.

I believe that my Party still has so much to offer the country and, whilst this is not the position I hoped we would find ourselves in, I am confident that we will continue to deliver on the priorities of the British people.

Irrespective of any future developments regarding the Prime Minister or any other political issue, I can assure you that I will continue to work diligently as your Member of Parliament, doing my utmost to represent the people of the Forest of Dean with the honesty and integrity you deserve from your representative in the House of Commons.