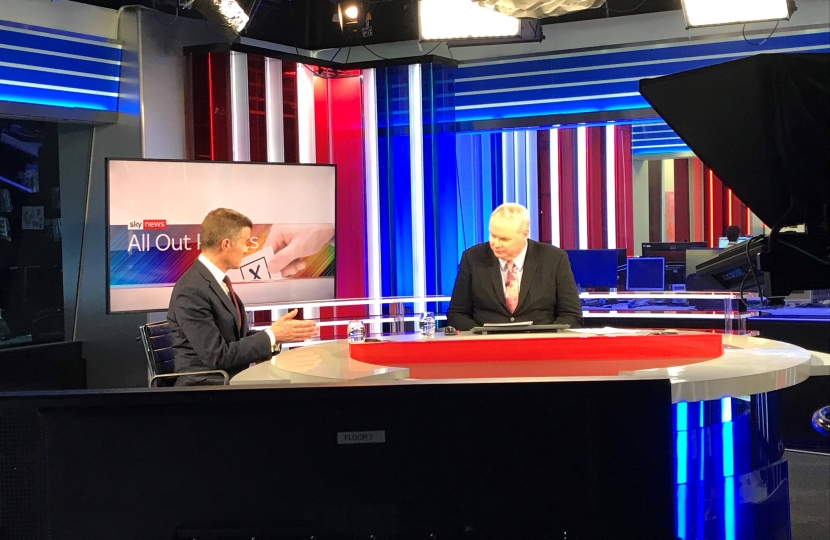 I thought it would be helpful to set out why, despite its faults, I voted for the Cabinet’s Withdrawal Agreement on Friday 29th March.

On the previous two votes in the House of Commons, I voted against the Cabinet’s Withdrawal Agreement and Political Declaration, because the Northern Ireland backstop risks the integrity of the United Kingdom, and further risks our country being trapped indefinitely in a customs union. This also leaves us in a weak negotiating position for our future relationship.

The Cabinet’s Withdrawal Agreement and Political Declaration remain flawed. However, I am prepared to compromise to ensure Brexit actually happens.

I have concerns about the risk of Northern Ireland being left behind in the EU Customs Union if the backstop came into force.

For me, the Union between Great Britain and Northern Ireland comes first – I want the whole of the United Kingdom to leave the EU together.

I have discussed this matter personally with the Prime Minister and I am hopeful that the Government will deliver binding unilateral commitments to Northern Ireland to prevent future regulatory divergence.

Michel Barnier has made it clear that, in the case of no deal, “there will be no hard border”. For me, both of these factors reduce the risk to the UK’s integrity.

Many MPs wish to frustrate the referendum result; creating a significant risk that Brexit will not happen at all if the Cabinet’s Withdrawal Agreement is not approved. There is also a risk that Parliament will force a customs union arrangement.

Either outcome would fundamentally breach our 2017 Manifesto commitments to honour the decision that the British people took in 2016 to leave the EU. I am not prepared to see our democracy damaged.

For our voters to have a proper choice at a General Election, the Conservative Party must remain an effective, centre-right political party.

This is particularly important when the alternative is a Government led by Jeremy Corbyn, which would threaten both our economy and national security.

Therefore, to ensure the UK actually leaves the EU and the Conservative Party remains able to govern effectively in the national interest, I voted for the Withdrawal Agreement.