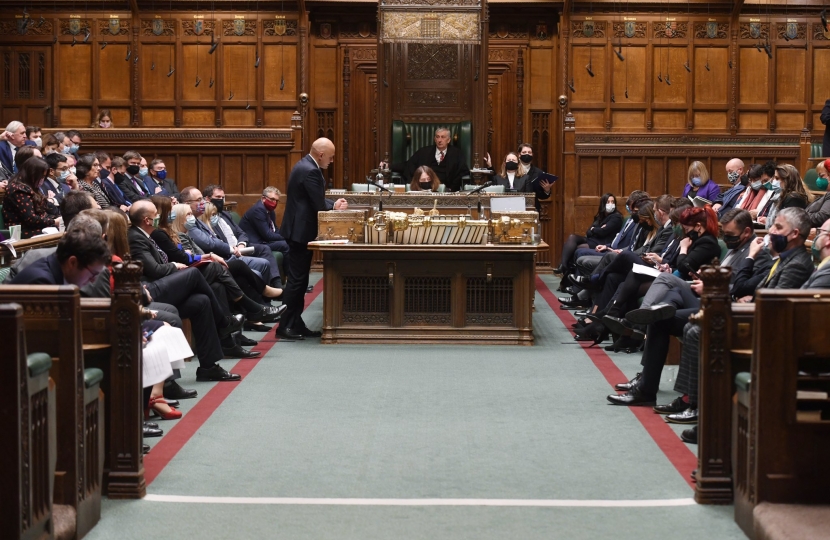 I want to tackle two issues head on – revelations about Christmas parties as well as key votes on Covid restrictions in the House of Commons this week.

A gulf in trust between Ministers and the Conservative backbenches has opened up, not helped by the Prime Minister’s handling of the Owen Paterson debacle.

This explains why an increasing number of people are finding it difficult to give those at the top the benefit of the doubt when they try to claim numerous Christmas parties did not take place during Covid restrictions last year.

I find such reports unacceptable. Many of us in the Forest and across the country spent last Christmas not seeing loved ones or not being able to say goodbye to dying relatives.

I’ll now turn to the votes this week on Plan B Covid restrictions.

The initial evidence on Omicron does not support the measures announced. The protection from vaccines against serious disease and hospitalisation remains strong.

Vaccine passports remain pointless and damaging. They’re pointless because Covid can transmit among the double jabbed, even more so with Omicron.

They’re damaging because they will heap extra costs on businesses in sectors that took some of the biggest hits during the pandemic. Anyone who thinks that they won’t be extended to many more venues isn’t looking at the evidence from Wales, where Labour is in charge.

Working from home is not a cost-free option either. It will batter sectors of the economy that are just getting back on their feet.

The Government’s own analysis leaked in late October showed that Plan B would cost the economy more than £800 million per week in the period up until March 2022.

Covid will be with us ‘forever’, according to the Chief Scientific Adviser Sir Patrick Vallance, as will variants. If the Government’s fears about serious disease and hospitalisations are correct, then they have not set out a credible exit strategy from restrictions. The Government’s current approach would mean on-off, seasonal Covid restrictions forever.

Accordingly, I will not be supporting these measures in Parliament.