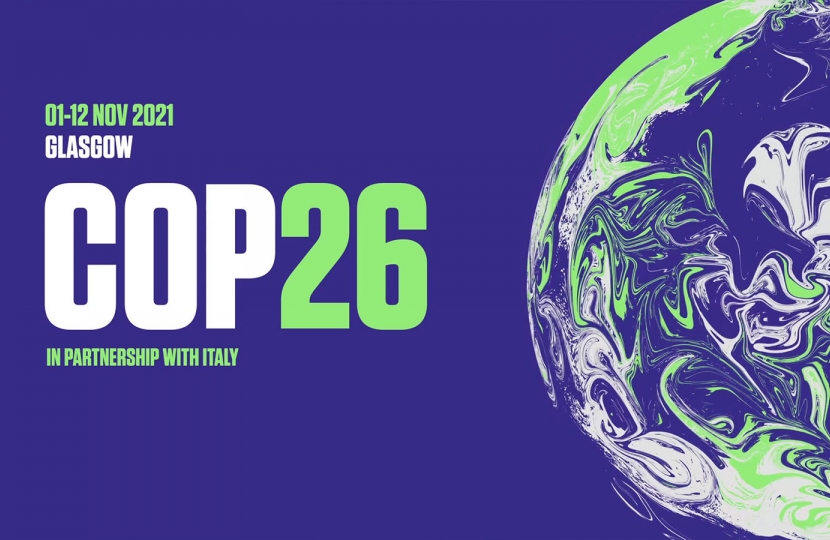 At the weekend, an agreement was reached at COP26 to tackle climate change and put the planet on a roadmap to limiting global warming to 1.5 degrees.

The Glasgow Climate Pact is the first ever global agreement in which every country has signed up to phase down unabated coal – the dirtiest fossil fuel. It also delivers a plan to scale up support for developing countries to adapt to climate change and requires countries to come back with stronger targets to cut emissions even more by the end of next year.

The agreement moves towards low emission energy, while providing targeted support to the poorest and most vulnerable in line with national circumstances – committing to raise $100 billion annually for climate finance through to 2025.

It requires countries to return next year with a more ambitious 2030 emissions reductions target in line with the 1.5 degrees target. The UK will continue to push for greater action on reducing emissions and supporting developing countries with finance and access to new green technology over the next year of our COP Presidency.

The Glasgow pact also signs up at least 90 per cent of the global economy to be covered by Net Zero commitments, up from 30 per cent when the UK took on the COP presidency in 2019.

The summit also saw more than 130 leaders, representing over 90 per cent of the world’s forests, pledge to end deforestation by 2030, backed by almost £14 billion of public and private funding to make it happen.

I sometimes get people emailing me about climate change as if the UK is doing nothing, just sitting on our hands and watching the world heat up. This agreement shows they couldn’t be more misguided.

Unlike the extremists from Extinction Rebellion who cause criminal damage and destruction, or the perennial nuisances who glue themselves to motorways called Insulate Britain, COP26 proves that the UK is actually leading the world in efforts to tackle climate change.

I pay tribute to my hardworking colleague, COP26 President Alok Sharma, for his efforts in delivering this historic agreement.