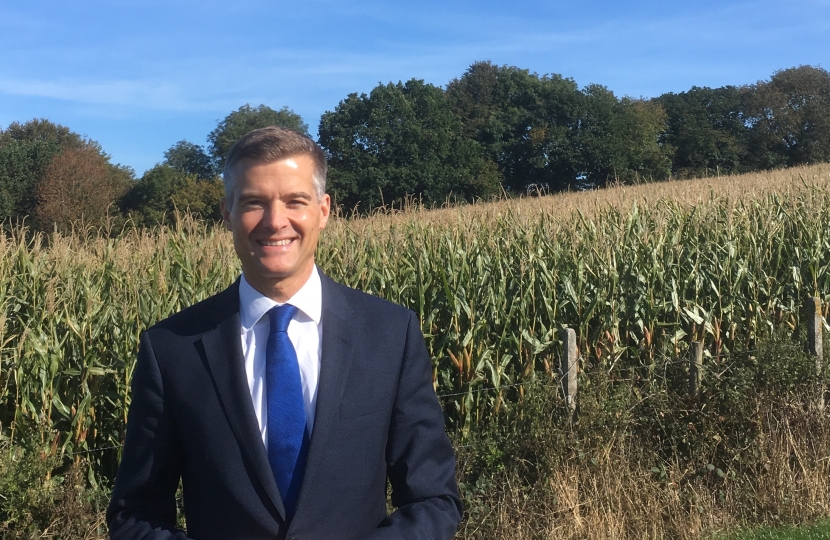 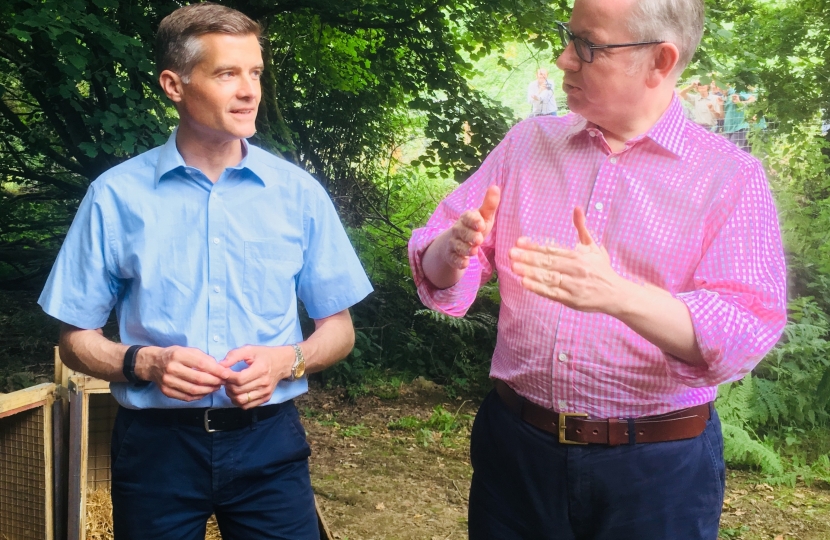 Earlier this year, I was pleased to be one of a number of Conservative MPs supporting my Gloucestershire colleague, Cheltenham’s MP Alex Chalk, as he introduced a Ten Minute Rule Bill to Parliament mandating that the UK reach net zero carbon emissions by 2050 - a target which the Government has now put into law.

The Committee on Climate Change, the Government’s independent advisor on climate change, has said that the 2050 target would deliver on the commitment that the UK made by signing the Paris Agreement.

Since 1990, the UK has cut emissions by more than 40 per cent while growing the economy by more than two thirds, the best performance on a per person basis of any G7 nation.

In May this year, Britain went two weeks without using electricity from burning coal. This was the longest period since the 1880s according to the National Grid Electricity System Operator (ESO).

The UK is a world leader in clean growth and the Government has invested more than £52 billion in renewable energy in the UK since 2010.

The Government has agreed to support and expand offshore wind and made the historic commitment to close all coal-fired power stations by 2025.

While significant progress has been made in reducing our carbon emissions – there is still more work to do in the transport and housing sectors and Conservatives are taking action in these areas.

At our most recent Party Conference, the Prime Minister announced £1 billion new investment into electric cars and the introduction of a Future Homes Standard by 2025 to ensure that new homes are equipped with low carbon heating systems.

Trees also play an integral role in reducing emissions by absorbing carbon from the atmosphere. In the constituency, I ensure our forests are well maintained by working with and supporting the team from the Forestry Commission.

Over the summer, I spent time finding out about the good work they do on the Public Forest Estate (PFE). I talked to the Deputy Surveyor, Kevin Stannard, about some of the challenges and projects they have been dealing with.

In support of the 2050 target, the Government has introduced a new Environment Bill which aims to minimise our waste, and clean our air and water.

I am particularly pleased that, against a background of significant housebuilding across the country, the Bill will embed the principle of “environmental net gain” in the planning system to ensure that wildlife rich habitats are retained and restored.

Biodiversity supports ecosystem stability. Last year, I was very happy to welcome the then Environment Secretary, Michael Gove, to the Forest of Dean for the release of two Beavers into Greathough Brook near Lydbrook. These Beavers will play an important role in creating habitats for many other plant, insect and mammal species to thrive.

This Environment Bill will also drive a key shift in maximising resource efficiency, minimising waste and moving towards a more circular economy. It will introduce measures based on the ‘polluter pays’ principle and create a more simplified approach to recycling.

Locally, I am working closely with Lucozade Ribena Suntory’s Coleford factory to support national efforts to establish a Great Britain-wide “all-in” Deposit Return Scheme as part of the Government’s Resources and Waste Strategy.

Climate change is one of the most serious long-term threats that this country and this world faces, and I will always welcome opportunities to work with local stakeholders in the Forest of Dean to combat climate change.

During the Election campaign, I met with local NFU members and set out how a majority Conservative Government will give certainty to farmers by guaranteeing the current annual budget to farmers in every year of the next Parliament, and initiating a 7-year transition period to move from the curren