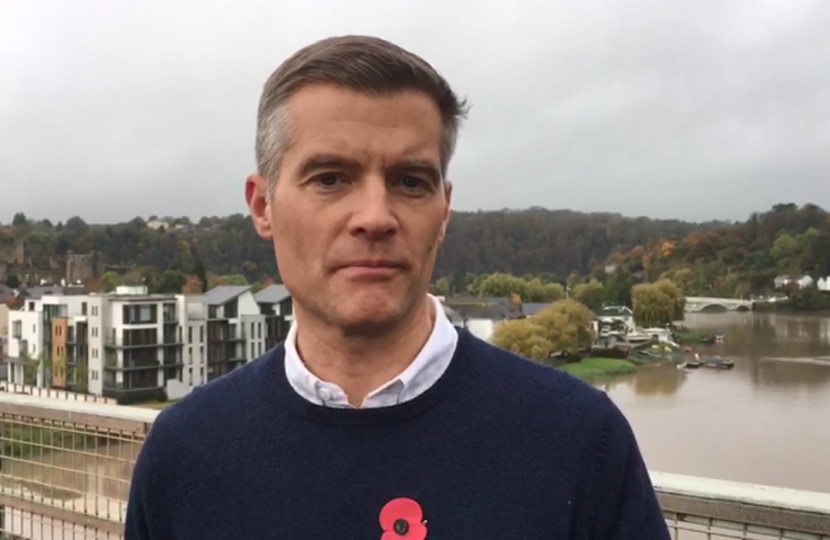 Yesterday, I met with Monmouth MP, David TC Davies, on Chepstow bridge to discuss the ongoing traffic problem on the A48. We are both clear on the extent of this problem and the effect it is having on both the town and commuters driving through Chepstow, especially in the morning rush hour. This issue has recently been made worse by essential gas works being carried out in Chepstow that resulted in the closure of the old Chepstow bridge, although these are now complete. We are both clear on the long-term answer to this problem, and that is to progress plans for a bypass.

Both myself and David are both committed to this solution. We have been working closely with both local authorities, Monmouthshire County Council and Gloucestershire County Council, on this issue. We are also continuing to lobby senior members of the UK Government to commit to its share of the funding of the WelTAG2 report in order to get on and deliver the bypass. The WelTAG2 report, jointly funded by local authorities, the Welsh Government and the UK Government is the second stage of this project and will set out the technical considerations for the bypass.

This is an important issue for both mine and David’s constituents and we will continue to campaign for continued progress with Government Ministers.

During the Election campaign, I met with local NFU members and set out how a majority Conservative Government will give certainty to farmers by guaranteeing the current annual budget to farmers in every year of the next Parliament, and initiating a 7-year transition period to move from the curren