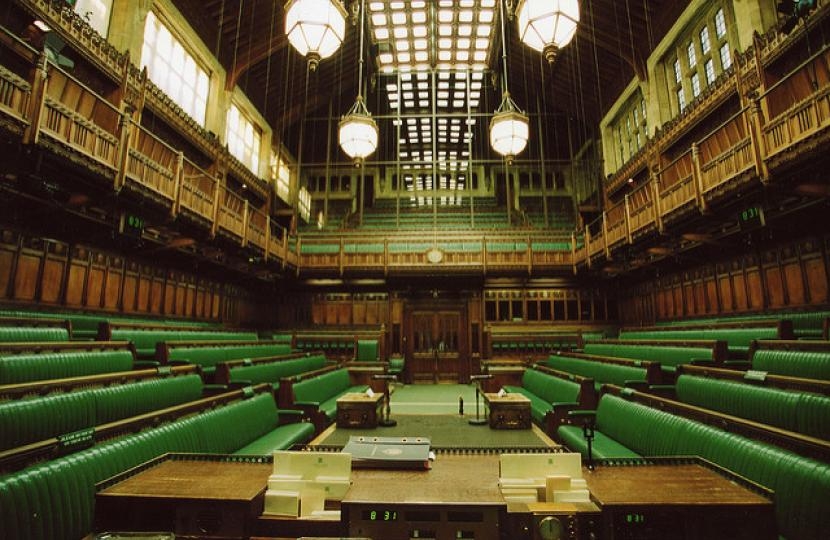 This Thursday, Parliament rises for the Summer Recess, when MPs return to their constituencies and continue to work hard on casework, hold surgeries and attend local events. Parliament has been in session for the last six weeks since the General Election, during which time a lot has happened as the Government gets on with the job of running the country.

Some of the business Parliament has been working on in that time has been fairly routine, but nevertheless very important. One such examples of this is the Air Travel Organisers’ Licensing (ATOL) Bill, which will extend ‘ATOL protection’ to more holidays, ensuring that anyone buying a holiday through a package travel company will receive full protection in the event that that company goes under.

In addition to this, the Government has introduced the European Union (Withdrawal) Bill, which will repeal the European Communities Act 1972 and convert all EU law to UK law, allowing for a smooth exit from the European Union. This is the first of a series of major bills in relation to leaving the EU and will of course be debated after the Commons returns from the Summer Recess.

These two bills demonstrate that the Government is getting on with the job, delivering on both the election result and the result of the referendum last year.

Parliament has also debated many other important issues since the election. Debates on topics such as online abuse, acid attacks and, of course, the Grenfell Tower disaster, have provided MPs with an opportunity to air their constituents’ concerns, as Parliament discusses challenging and sensitive issues.

I have also hosted my own debate in Parliament on balancing the public finances, where I stressed the need to keep spending under control so that we don’t burden future generations with debt. It’s telling that the debate was well attended by Conservative MPs, but only two Labour MPs turned up; this speaks volumes about Labour’s attitude to our public finances.

Parliament has had a busy month and a half since the General Election. As we head off on summer recess, MPs will continue to work hard for our constituents