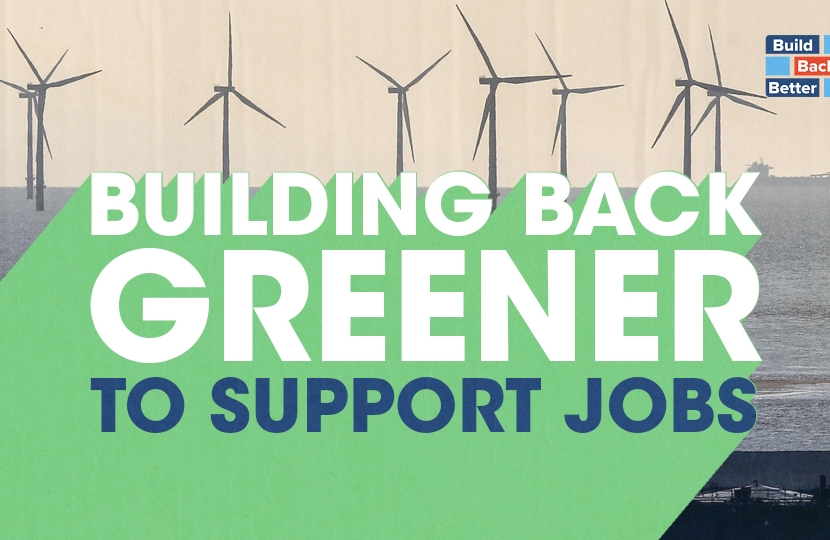 Co-convened by the United Nations, the UK and France, in partnership with Italy and Chile, the summit brought together 75 leaders from around the world to galvanise international action towards a resilient, net zero emissions future.

The UK pledged £11.6 billion in International Climate Finance over the next five years and announced a new £10 million commitment to a multilateral Green Recovery Initiative, which will support developing countries to build back better by integrating their climate commitments into economic efforts to recover from the pandemic. This is welcome news and I am proud that the UK continues to play a leading role in combatting climate change.

This has been followed up by the Government’s announcement this week of ambitious plans to clean up our energy system, support up to 220,000 British jobs, and keep bills affordable as we transition to net zero by 2050.

Building on the Prime Minister’s Ten Point Plan for a Green Industrial Revolution, the Energy White Paper sets out specific steps the Government will take over the next decade to cut emissions from industry, transport, and buildings by 230 million metric tonnes – equivalent to taking 7.5 million petrol cars off the road permanently – while supporting the creation of new green jobs.

Conservatives will put affordability at the heart of the UK’s decisive shift away from fossil fuels by boosting competition in the energy retail market to tackle the ‘loyalty penalty’ – longstanding customers who pay more than new ones – and by providing at least £6.7 billion in support to the fuel poor and most vulnerable over the next 6 years.

As one of the MPs who supported a Bill mandating the Independent Committee on Climate Change’s zero-carbon target for 2050, I am pleased to see that wind and renewable energy will be at the centre of our future energy system and efforts to decarbonise our economy.

Preparation by the MHRA began months before in June, with an independent expert working group working on safety considerations.