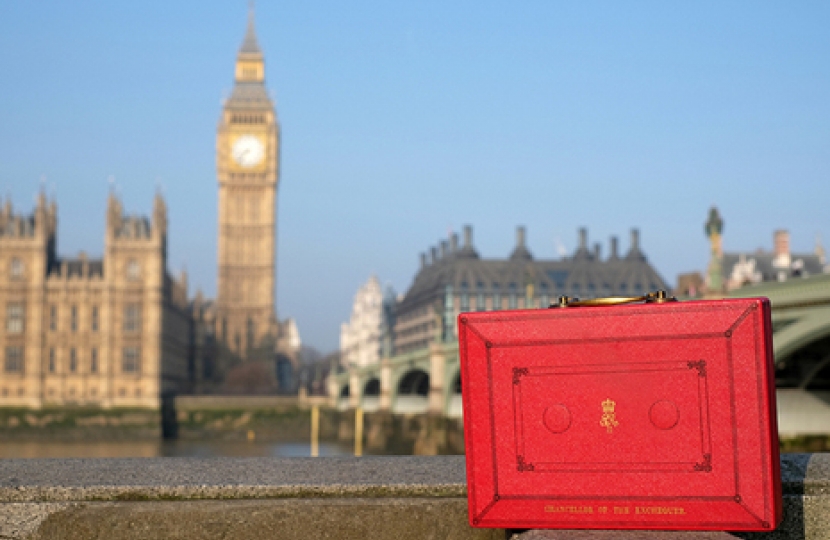 Last week, the Chancellor of the Exchequer, Rt Hon Philip Hammond MP, delivered his Budget Statement to the House of Commons. Nearly seven years ago, the Government took over an economy on the brink of collapse, with the highest budget deficit in our peacetime history. We took the tough decisions to tackle that deficit, rebuilt Britain’s shattered fiscal credibility and enabled businesses to create more than 2.7 million new jobs.

This Budget helps us make the most of the opportunities that lie ahead, keeping our economy strong as we leave the European Union. It builds the foundations of a Britain that is stronger, fairer and more global – a country that works for everyone.

It supports ordinary working families in their aspirations for a better life for themselves and their children. Last year we delivered a pay rise to a million of the lowest paid with the National Living Wage, which will rise again to £7.50 in April – an income boost of over £500 for a full-time worker this year. The personal allowance will rise for the seventh year in a row, benefitting 29 million people and meaning a typical basic rate taxpayer will pay a full £1,000 less income tax than in 2010.

There is, of course, more which needs to be done. That’s why we’re rolling out our Tax-Free Childcare policy worth £2,000 per child up to the age of 12 and doubling the free childcare amount for working parents with three or four year olds. Together, these are worth up to £5,000 a year.

As we get ready to begin our negotiations to exit the European Union, this Budget prepares Britain for a stronger, fairer future. We must focus on keeping Britain at the cutting edge of the global economy, and this budget will take the next steps in preparing Britain for a global future.