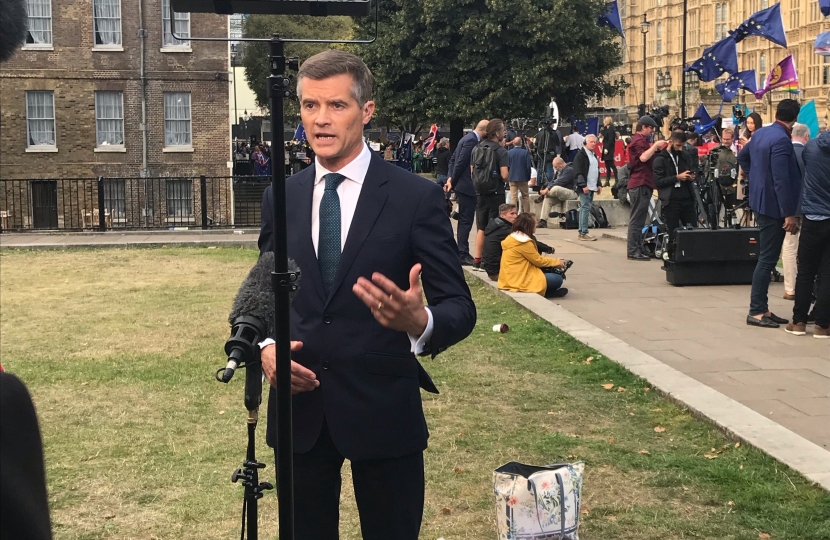 In another momentous week in Parliament, I thought my constituents would be interested to know how I voted last night and how I will vote in Parliament today.

Last night, I voted against Labour’s efforts to seize today’s Commons business from the Government. I voted to do this because I want the Prime Minister to have the strongest negotiating position when he goes to the European Council in mid-October. Taking No Deal off the table means we won’t get a better deal from the EU.

Today, I shall vote against Labour’s Bill which seeks to extend Article 50 at least into next year and potentially indefinitely – increasing damaging levels of uncertainty for business and jobs.

Section 3(2) of the Bill on today’s Order Paper, if passed, would compel the Prime Minister to accept whatever extension he is offered by the EU – be it 3 months, 6 months or 10 years, with whatever conditions are attached by the EU, unless Parliament opts for a No Deal Brexit.

The mask has slipped and the plans of our opponents in Parliament are clear. They wish to open the door to indefinite delay – leading to the halt of Brexit altogether.

Labour’s decision is simply the first step in their plan to stop Brexit and ignore the largest democratic mandate in British political history.

It is clear that only the Conservatives will respect the result of that mandate, end the uncertainty and then set out a sound platform on which to govern and deliver the people’s priorities such as levelling up education funding, boosting the NHS and tackling crime.