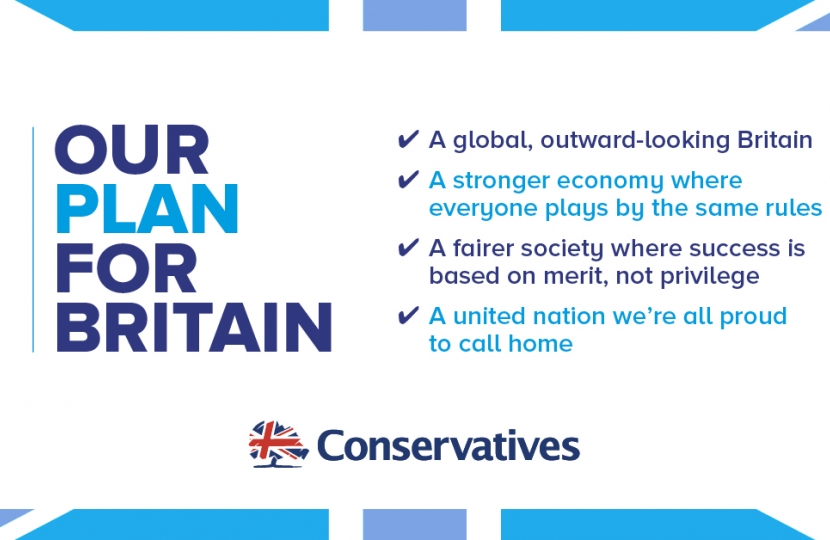 Last week, the Prime Minister formally began the Brexit negotiations, by notifying the European Council of our intention to leave the European Union by triggering Article 50.

This is the next stage in the Brexit process, implementing the will of the British people as expressed in last June’s referendum for the United Kingdom to leave the European Union.

The Government has also laid out its Plan for Britain - to get the right deal for Britain abroad and a better deal for working people at home.  The EU referendum result was a clear instruction from the British people, and the Government will implement it.

The Government has set a clear strategy, both for the coming negotiations and the UK’s future direction, which will deliver a country that is stronger, fairer, more united and more outward-looking than ever before.  Key in this negotiation is not just what we want from our new relationship with the EU, but also what we want the future of our country to look like.

We will aim to create a global Britain that is outward-looking, forging a new partnership with the European Union that gives us control of our immigration policy and our laws – while also trading beyond Europe, shaping decisions across the globe and working to make the world a safer place.

We will also work towards a stronger economy where everyone plays by the same rules, helping people with everyday costs and bills by acting to ensure consumer markets work as they should, and cracking down on individuals and businesses who abuse the system.  The Government will also deliver a modern industrial strategy that spreads jobs and prosperity across the country – while continuing to bring the deficit down with a balanced approach so we live within our means.

This will help us deliver a fairer society where success is based on merit, not privilege – where every child can get a good school place, where there are more affordable homes, and where we continue to put record investment into our NHS.

Finally, the Government is committed to keeping our country united.  England, Scotland, Wales and Northern Ireland work stronger in union together – something which I will always support - and we will continue to support the nations, regions, towns, villages and communities across the entire country.

You can find more detail on the Plan for Britain at: https://www.planforbritain.gov.uk/