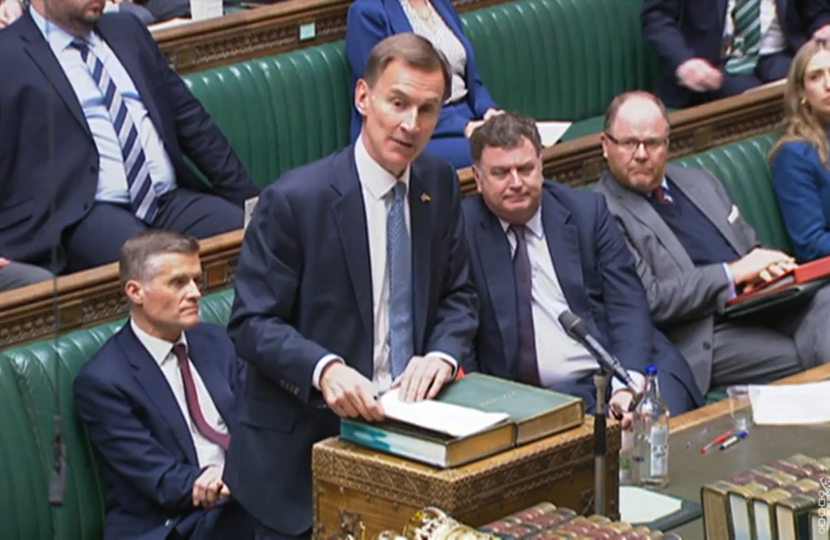 £12 billion of extra targeted support is also being provided next year to help eight million low income, vulnerable and pensioners households, on top of the cost of living payments being provided this year. This means additional payments of £900 for people on means-tested benefits, £300 for pensioners, and £150 for disabled people to help with their energy bills.

The Conservative Government is also delivering on its commitment to protect the most vulnerable by uprating benefits in line with inflation and protecting the pensions Triple Lock.

Every household will be supported with higher energy bills following the announcement that the Energy Price Guarantee will be extended until April 2024, providing an average of £500 of support for households in 2023-24.

I was also pleased to see a doubling of support, to £200, being offered to off-grid properties. I know this applies to a significant number of households in the Forest of Dean and so had personally pushed the Chancellor to increase the support for families this position – I am glad he listened.

Windfall taxes on energy companies are being extended and increased, and instead of raising personal tax rates, the Government is freezing personal tax thresholds for a further two years.

£600 billion in capital investment over the next five years is being protected, along with the Levelling Up Fund, the UK Shared Prosperity Fund, R&D spending, and a £14 billion business rates cuts package which will support local businesses in the Forest of Dean.

The Chancellor’s Autumn Statement shows you do not have to choose between a strong economy or good public services – with a Conservative Government you get both.

"We are compassionate in these difficult periods. We take the difficult decisions to right the ship, to put the economy on track, but we do so in a way that takes account of people who are really struggling".

This week I signed the Holocaust Educational Trust’s Book of Commitment to support Holocaust Memorial Day and honour those who were murdered during the Holocaust, as well as pay tribute to the extraordinary survivors who work tirelessly to educate young people today.

Copyright 2023 Mark Harper Working for Gloucestershire West of the Severn. All rights reserved.
Powered by Bluetree